What I learned by giving my things away for free

I thought the holidays would be an appropriate time for some reflection on a small project of mine from earlier in the year.

About three months ago I made a little secret page on my website. I didn’t tell anyone about it except in a post on Reddit (so, okay, I told everyone about it). The post is entitled, “Giving away some inspiration."

In the post and on the page, I explained that I wanted to give away some extra things I had to people who would use them. Specifically, I hoped to inspire some people who have always wanted to travel, or had even made plans to, but perhaps needed a little extra boost. I sent the items to wherever they were and covered the shipping cost. I only wanted one thing in return: to hear their story.

Over the course of the next few days, my inbox was flooded with emails. Some contained nothing more than a short sentence like, “can i have this” from people who, I guess, didn’t read past the word “free.” ¯\_(ツ)_/¯

Most of the emails I got, though, were wonderful.

I heard from a lady who wanted to take her father on a cross-America National Parks trip. He’d always wanted to see the parks but never got to because he’d spent the majority of his years working long hours to support her and her siblings. Now, she wanted to make sure that he got the chance to live his dream.

I heard from multiple young newlywed couples who, instead of a traditional wedding and honeymoon, decided to take off and make the most of their youth and time. Everything from month-long cross-country bike tours to round-the-world trips of indefinite length. Most of them planned to one-bag. Their sincerity and excitement was positively contagious.

I heard from someone embarking on an artic expedition, a newly single woman heading off to celebrate her freedom in Thailand, and a nomadic new father about to embark on an altogether different kind of adventure.

As more and more emails came in, I felt like my tiny little idea had morphed into something unexpected. I was getting to peek into all these lives happening everywhere around the world, to hear their dreams and plans and hopes.

Here’s what I learned from the experience.

The worth of an item

The items I decided to give away were all of high quality. That is to say, at least in my opinion, they would provide more utility to their new owners than the cost of their maintenance. That said, in giving them away and hearing the responses of the folks who received them, it became obvious to me that I wasn’t able to accurately judge any of those items' worth.

One person to whom I sent a Fisher Spacepen said to me, “You’re making the eight-year-old version of me very happy.”

For me, the pen was simply a functional, cool-looking, practical pen. For the person who received it, it was more - a new toy that made them feel like a kid again. I couldn’t have predicted that. 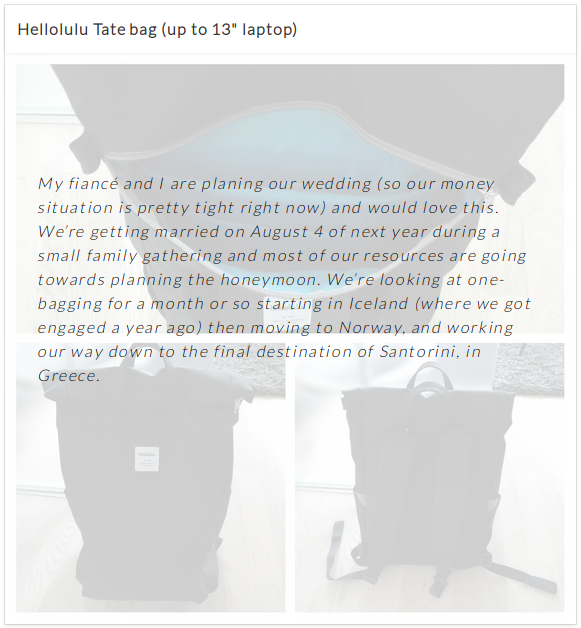 The cost of selling things

When I told a couple people of my initial idea, their response was along the lines of, “Why would you give away things that are worth money? That’s expensive.” I considered my intuition along these lines and settled on this explanation: giving these things away would be ultimately less expensive than trying to sell them off.

Having attempted to do both in recent weeks, I can confirm that it was less expensive, in most cases, to simply offer things for free. People (myself included) are notoriously bad at estimating the cost of their time. This is a skill I’ve only really gotten better at in the latter half of this year. Considering the time it takes to set up an account on a classifieds site, take pictures, post listings, negotiate prices, arrange meetings, go to meetings… selling things is pretty expensive, in terms of time that could be spent more productively on other things.

I would also argue that it’s far more pleasant an exchange to see that you’ve contributed something good to someone else’s life, instead of wondering whether or not you got the best deal for your sale. If the real goal is to cull or declutter, giving things away is a far faster, stress-free, and ultimately more rewarding way to do so. 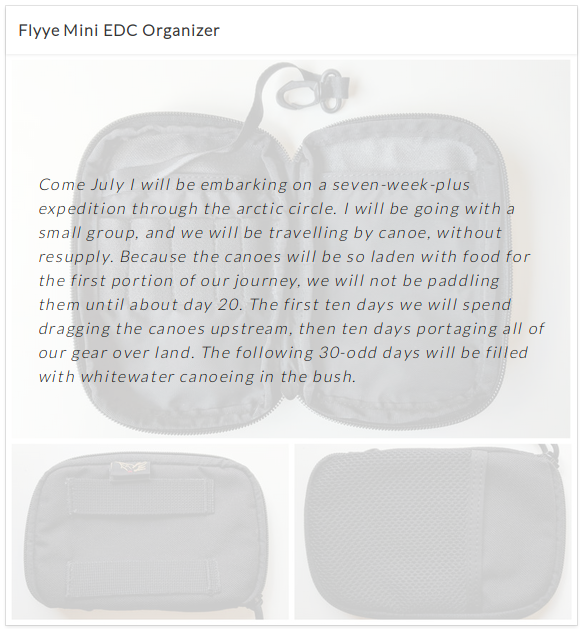 The uncertainty of travel

Most of the time, the item that someone received wasn’t strictly necessary to their ability to travel. More than the physical utility, it was the encouragement and the confidence boost that the thing provided that was its real worth. Most people know this, and yet, we still find that some random piece of additional gear helps to alleviate the uncertainty that goes hand-in-hand with travel, or at least gets us excited enough to override that uncertainty. There’s nothing wrong with that really, so long as the things we’re carrying aren’t weighing us down more than they’re worth to us. I think that’s a personal decision, in the end.

As I culled my inventory and gave things away, I became more aware of my own uncertainty and of how I can accumulate things in an effort to make myself feel better about it. Having more things means being more prepared, as the intuition goes. Of course, this isn’t true - preparation is more of a mental state than it is a question of what’s in your pack. 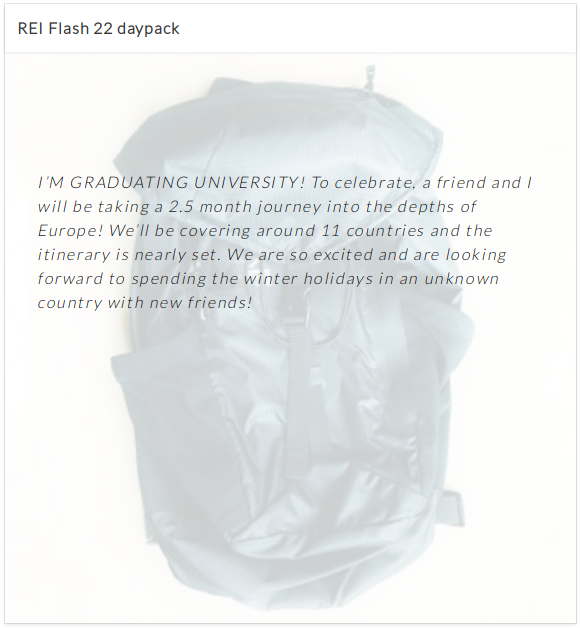 In giving things away, I felt I also got something back - a better perspective, mostly, on having things in the first place.