One day in San Diego

On a bright and sunny day (as they all are) in San Diego, we were making our way towards North Harbor Drive and the smell of sea salt. It was very windy, and the gusts threatened to to dispel the words of our conversation in midair. We had to make certain to face downwind as we spoke.

“I said, random variable rewards. The dog doesn’t know if something good is going to happen.”

We were discussing a show we’d watched last night at the hotel, Dog Whisperer. Its host, Cesar Millan, demonstrates how to understand dog psychology, and how to use it to train dogs effectively.

“So the reward is unexpected.”
“Well, it’s uncertain. The dog performs the behavior because it might get rewarded. Sometimes the reward is a surprise.”

Many people in San Diego have dogs, probably because of the weather. We’d already passed a few, presumably out for walks along the harbor. I started to see more of them as we came upon a park near the water.

“I think I’d like a dog.”
“What kind?”
“A real working dog. Like that lady with the Malinois.”

“Where?”
“Over there, with all the other dogs.”

We turned a corner and saw some pictures of dogs printed all along the side of what looked like a big RV. Assembled in front of it were rows of chairs, around which gathered people with more dogs. Unfortunately, there were a great many dogs of all shapes and sizes, which was absolutely no help in learning what a Malinois looked like.

Another gust of wind blew hair into my face, and carried off the first half of the next sentence. I thought I’d heard “Malinois.”

“Where?” I said again, looking past the RV at all the dogs.

“Right there, sitting down in the chair. In the blue shirt.”

I was fairly certain that whatever Malinois looked like, they didn’t typically sit down in chairs or wear blue shirts. I looked for the color blue all the same, and found it on the back of a man sitting in a folding chair next to the RV. He looked an awful lot like Cesar Millan, I thought. 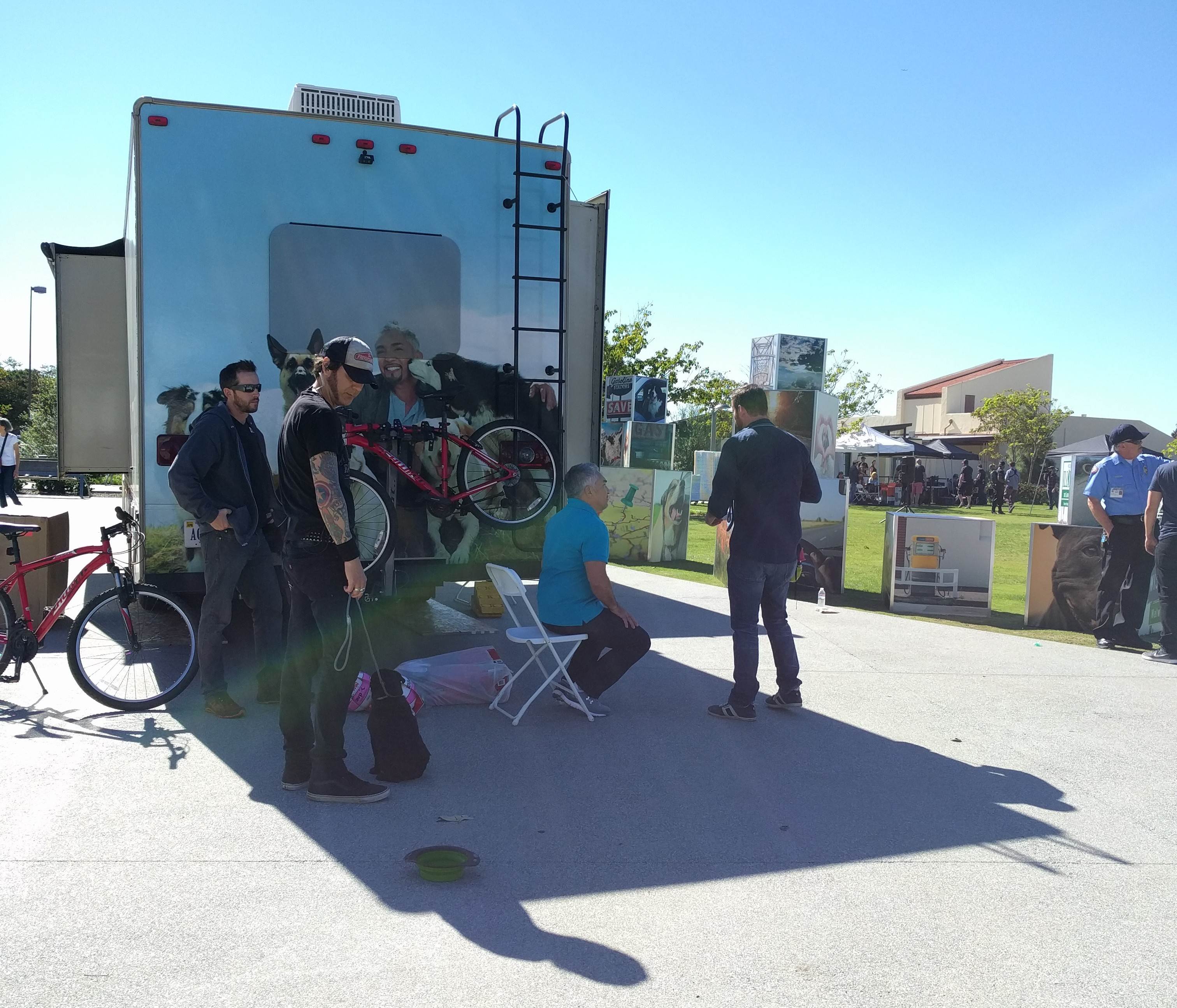