A short girl's search for her one bag

I’ll say this much in terms of advice - for a full-time one-bag nomad, the bag is pretty much your house. Don’t rush into investing a lot in your first one. Spend some time living out of one bag, any bag, and learn what you like first. Everyone’s personal preference differs. That being said, here’s what worked and didn’t work for me.

For context: I’m a 5'2" tall fit female, and so far have regularly carried about 10kg.

I started with an old backpack from MEC (Holla, Canada!) that I’d had for years, plus another small extra duffel. The MEC bag was supposedly 45L (more on this whole volume thing later) with some organization in the front and a divided main compartment. Buying from a store like MEC is great because you can load up the pack with some sandbags in the store and really get a feel for how it works on your body type. The pack’s turtle-shell type shape suited my height, and I got to spend time adjusting the main straps, sternum straps, hip belt, and cinch straps until it was pretty comfortable.

In terms of living out of it, it worked all right. It didn’t open clamshell all the way, and was a little tricky to get into at airport security when they wanted to see something that popped up on the scanner. It had compression straps that only went over the zipper - also inconvenient to open - and the organization was actually a detriment. Too many pockets makes for forgetting where things are. MEC makes great stuff, but this bag style didn’t suit me for long. I did really like the hip belt, though.

At the time I had a bit more clothing, and also a Totoro plushie. My one concession to impracticality. 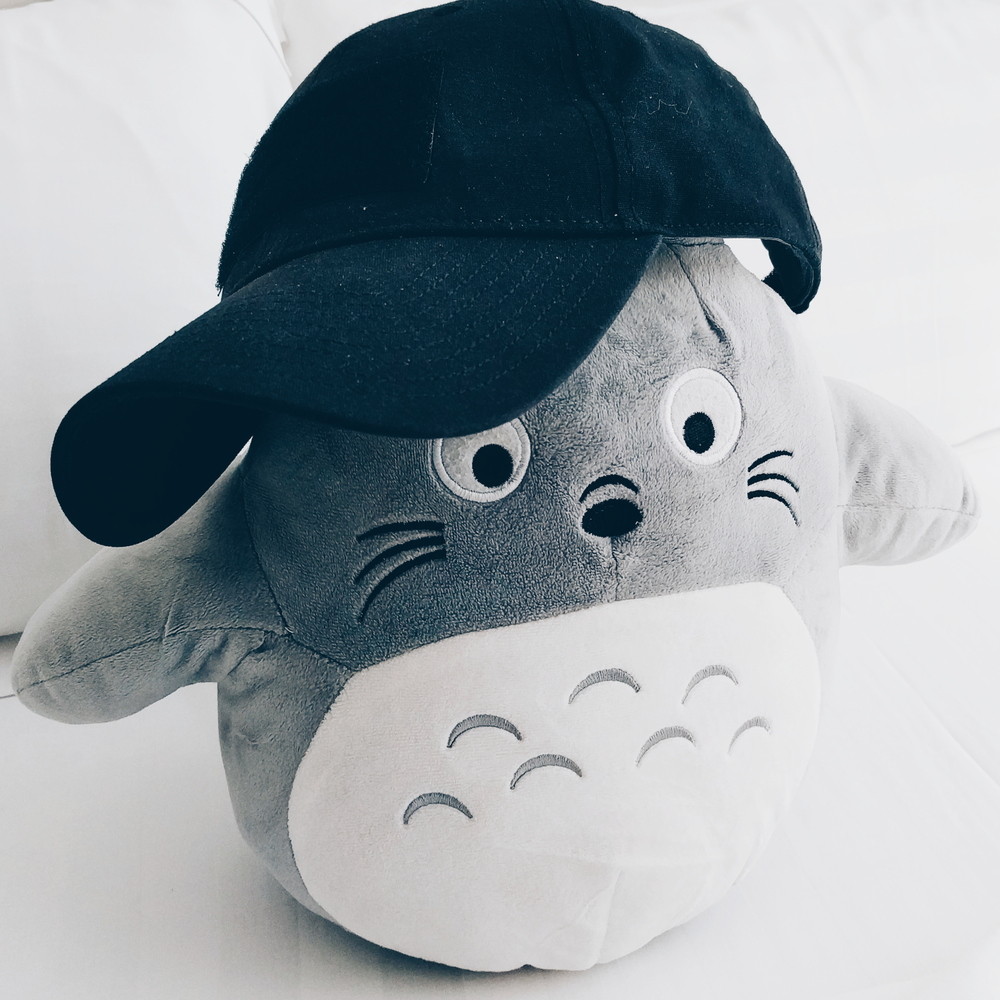 I “moved house” into a 71L bag that was still supposedly carry-on size: The North Face Basecamp duffel, medium. It opens with a top flap and is basically a bombproof barrel with backpack straps. 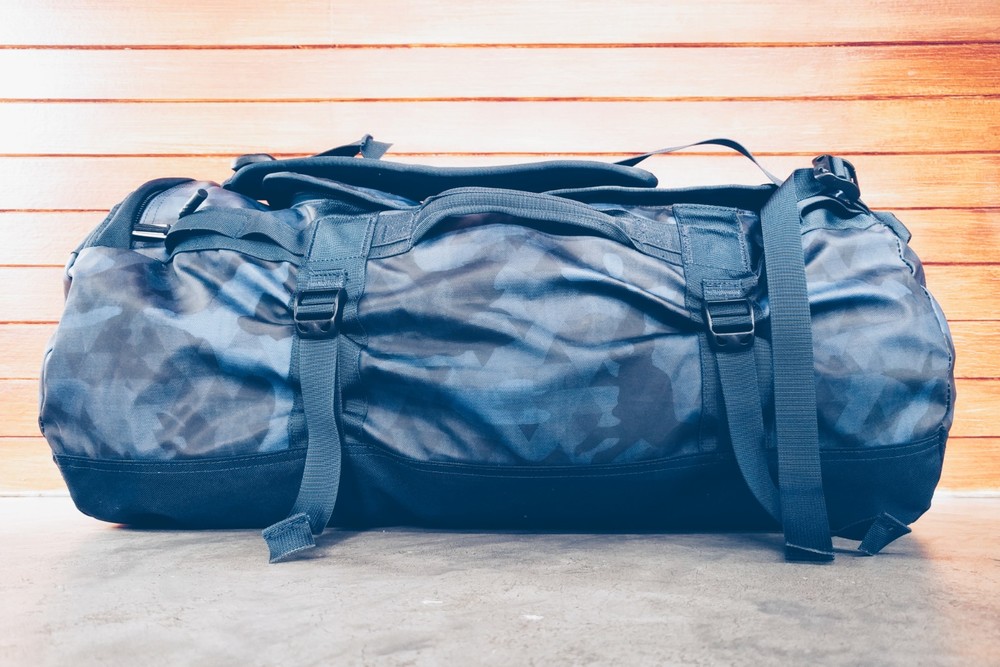 I like living out of this style of bag. When I arrive wherever I’m going, I just set it down and open the top flap. Now I’m moved in. 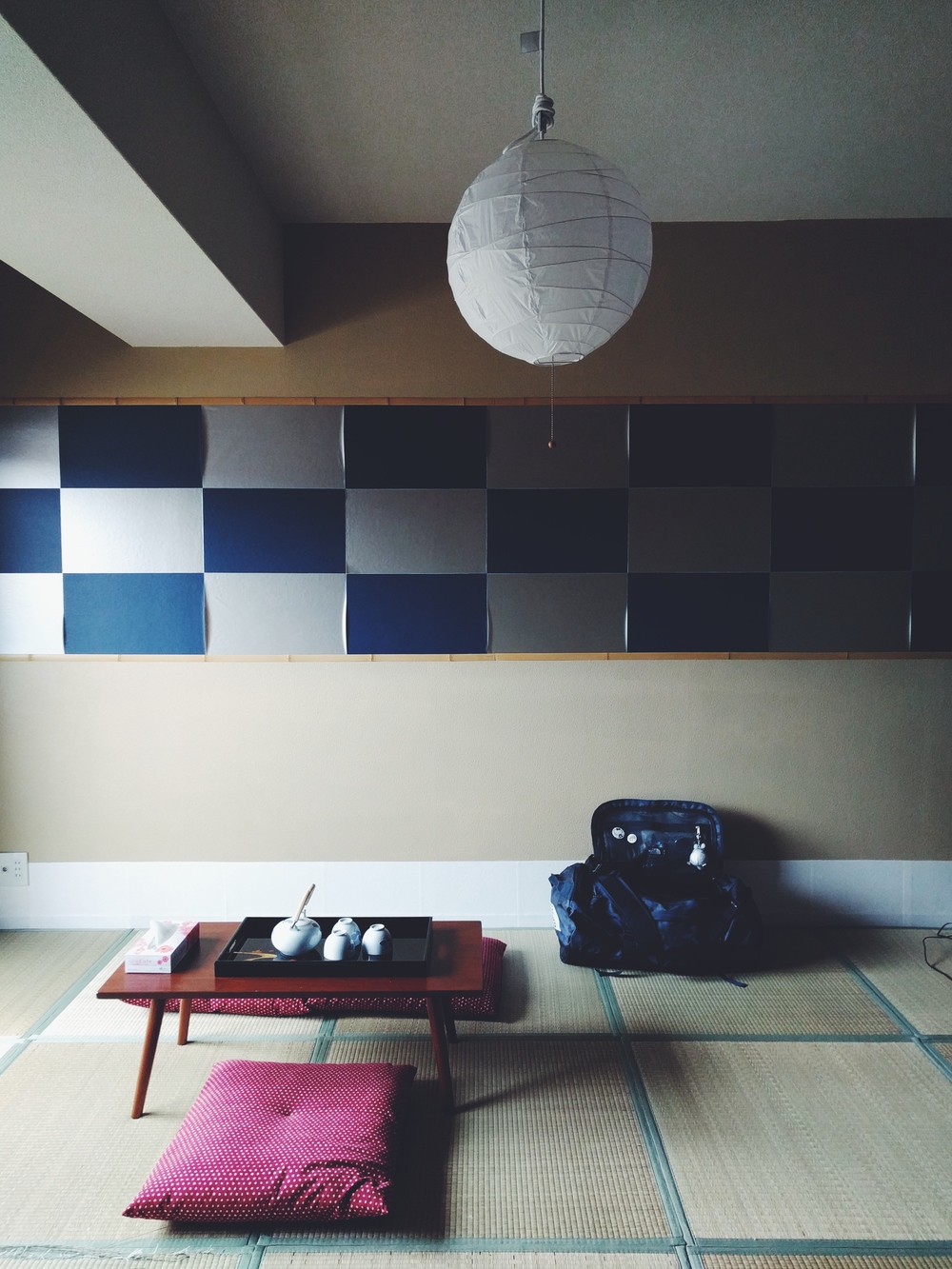 With this size, all my stuff went in easily. Clothing in packing cubes, Totoro, extra shoes even. I had a padded sleeve to protect my laptop, and that went in there too.

It was so roomy, in fact, that it wasn’t too long before I started thinking I could probably do with the small size instead. While the medium is billed as carry-on size, it’s pushing it, especially when someone as little as me is carrying it. I got looks from airline staff more regularly than I’d have liked.

Luckily, this bag seems to retain its resale value pretty well, both from being super durable and being made by an attractive brand. I sold the medium duffel and bought a small size one for pretty much the same money. I did, however, have to give up Totoro. It’s okay though. My mum agreed to afford him a closet shelf. So here’s my current house: 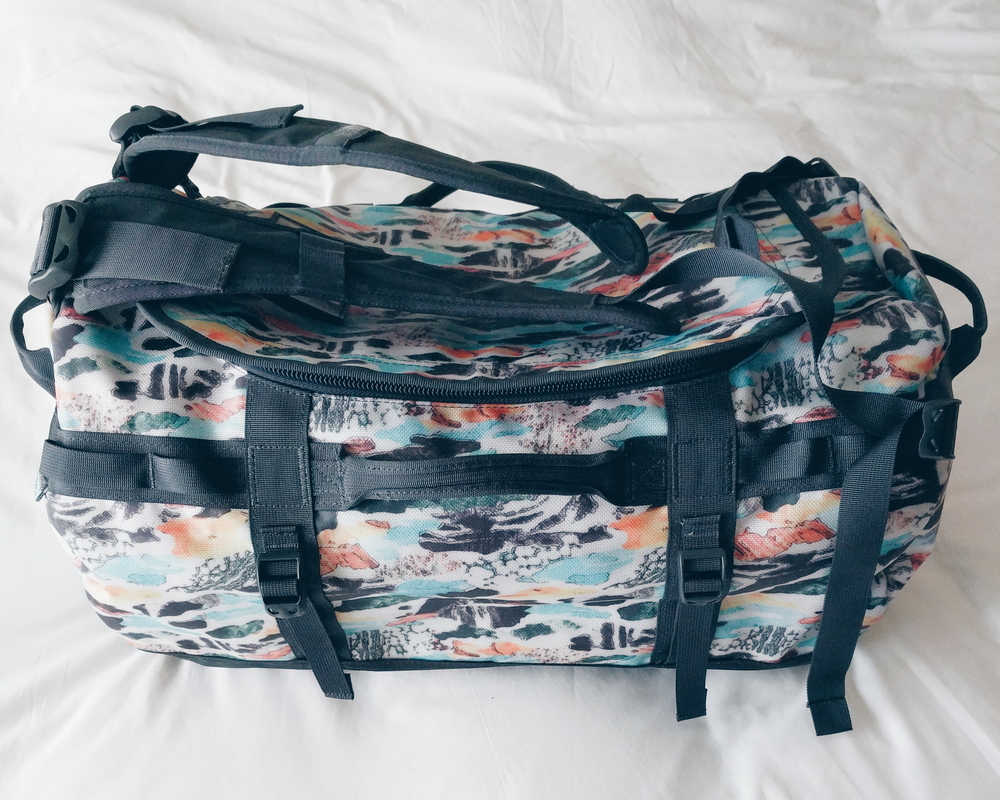 It’s great, except for the fact that… I can’t actually fit all my stuff in it.

It’s a little frustrating, because by volume I have plenty of space. But because of the bag’s barrel form, it’s not all actually that usable. I use compression bags to downsize my clothing, and packing cubes for other items. It’s all very compact, but the unused space is in strangely shaped corners and along curves that simply aren’t usable. I mean, if my laptop could split into six parts, it would fit. (It doesn’t, for good reason.)

So I also have a small MEC day pack. It has a padded hydration compartment that actually fits my laptop - snugly, but it fits. I carry my liquids bag in it too, for convenience. When I fly, I attach a shoulder strap with carabiners and do something weird with the backpack straps. It’s workable, but I’ll admit, I don’t like it. 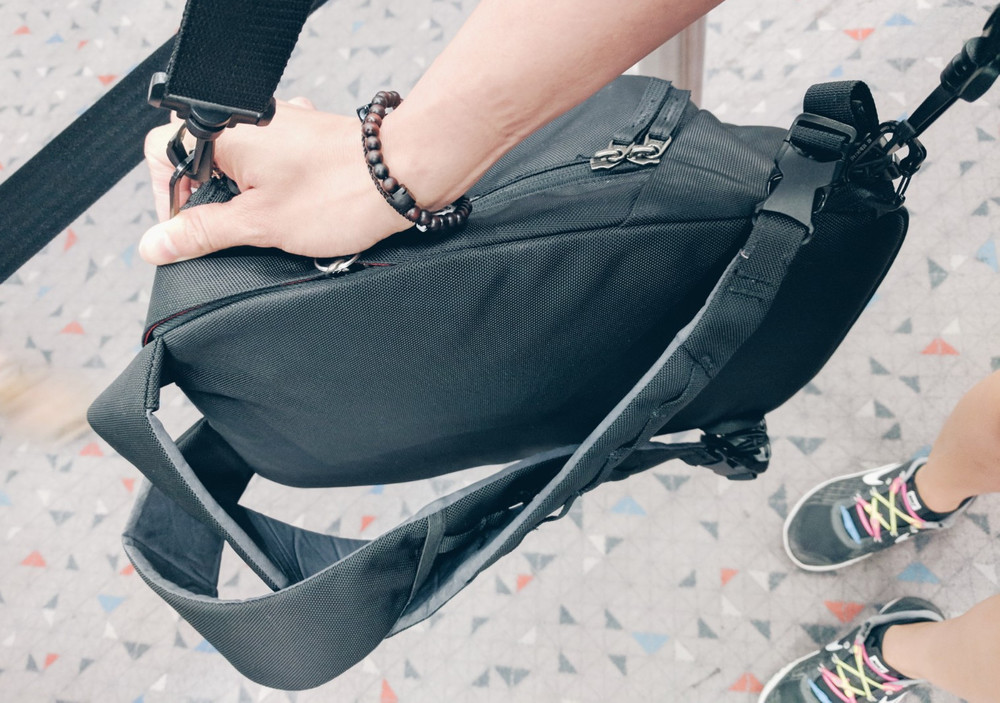 I think it's the tango.

Which brings us to the present day, some recalibrating of my one bag carry, and a whirlwind couple months of flying.

I recently just bit the pricey gear bullet and doubled down on the Minaal bag bundle. I got the Carry-on 2.0 and the Daily. I’ll be traveling with them to four countries over the next four weeks (whoosh!) and will report back on how it all works out!

The Christmas Gear Roundup 2017
The one bag: what I've learned from 38 trips through airport security
Climbing Mt. Fuji with one ultralight bag